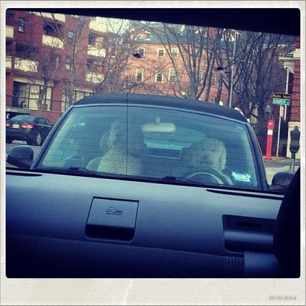 Conrad and Blythe had a knack for rubbing people the wrong way. That’s probably why they were attracted to each other at a Roller Derby exhibition in New Jersey and married a week later. But I digress. Flash forward fifteen years when they found themselves in Newlington, Pennsylvania on one of their antiquing vacations. Instead of having children, they collected antiques. Well, their GPS broke and Conrad refused to ask for directions so they got lost and stumbled into Madame Hoar’s Antique Emporium. Blythe fancied a one-of-a-kind carved mahogany bedpan and Conrad came upon an old satchel filled with a complete, un-corroded set of Confederate musket balls. If they had bought the items and left without a word, their lives would have remained unremarkable but they couldn’t help themselves. While checking out, they carped about the lack of an ATM, the over inflated prices and the musty incense smell of the place. But the two crossed he line when they joked about the owner’s name — Abigail Hoar. (I won’t repeat the distasteful jokes that went on between the two.) What Conrad and Blythe didn’t know was that Abigail was a direct blood descendent of Dorcas Hoar from a certain Salem Town, Massachusetts. As Vernon and Bernadette drove away, Blythe glimpsed Abigail glaring at them, muttering strange, Latin tinged incantations and twisting her fingers in the air. Thirty-two miles out of town, the two were pulled over and immediately jailed. Why the harsh punishment? Blythe barked at the police officer and Conrad snapped at him – but the clincher was that while they both had drivers’ licenses, neither had a dog license.